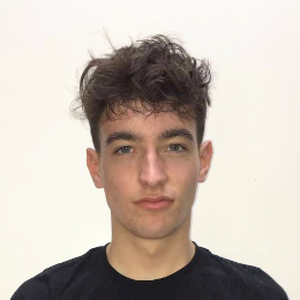 I am an aspiring journalist based in the West Midlands looking to cover stories of which aren't often told. On this website you will find work I've done for others elsewhere and plenty of original content too. I hope you enjoy my stories. 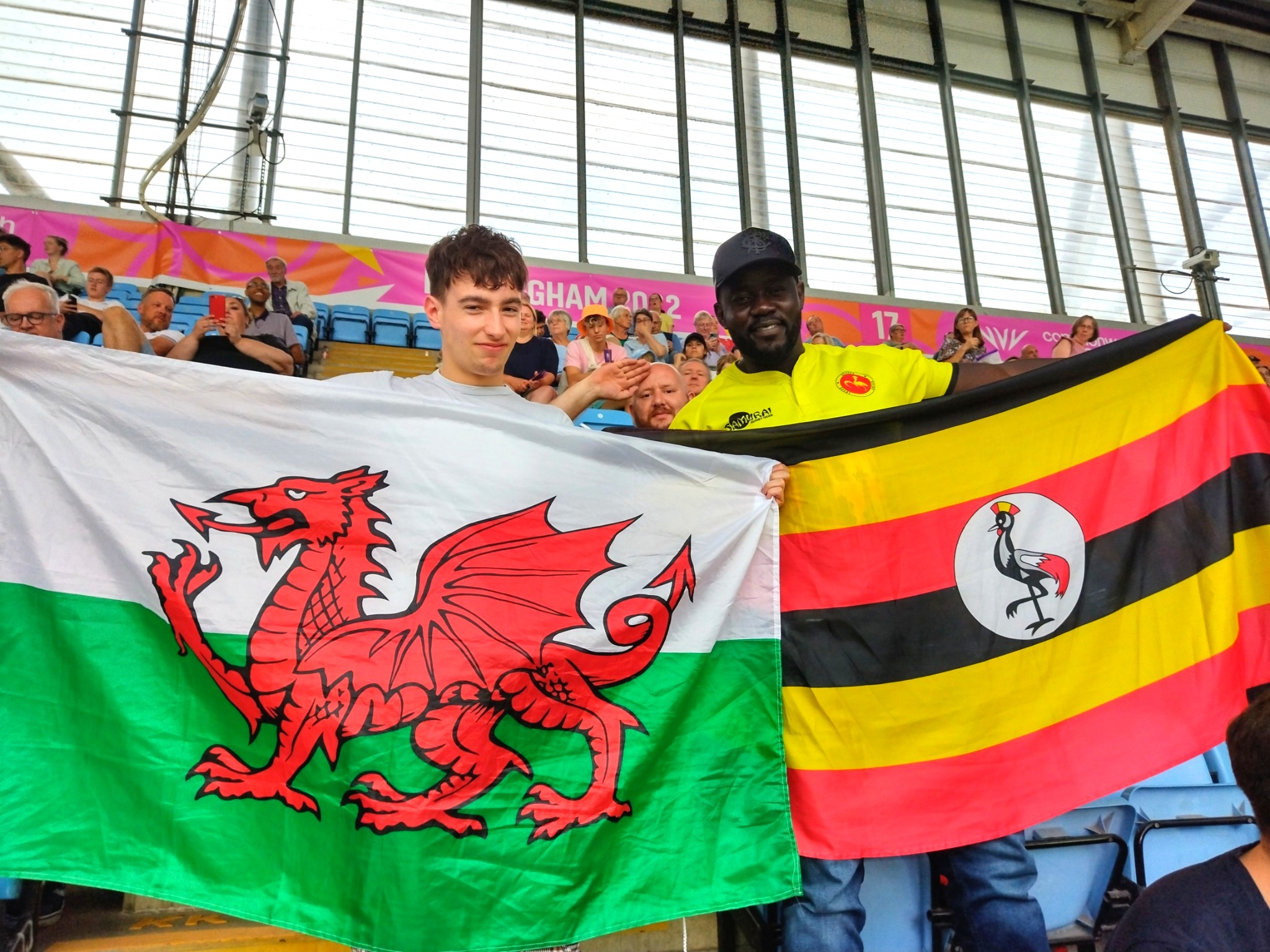 Excitement and Underdogs- The party known as Rugby 7’s

On 29th July 2022, I had the opportunity to attend the Commonwealth Games Rugby 7's competition. This was my first experience of Rugby 7's and the Commonwealth Games, in a live setting; I was going into the event with only a novice understanding of the rules. I walked amongst bright and colorful national flags, worn and carried by eager fans on the way to the Coventry Stadium. With each step down Winding House Lane, excitement grew about the spectacle ahead. Little did I know, great joy, passion and excitement all awaited me.

Rugby 7’s is a faster-moving variant of Rugby Union. With 7 players on each team, and 7 minutes per half- this proves the ‘7’s’ name very fitting. Origins of the sport began at Loretto school in Musselburgh, Scotland (c.1860) as a training drill. Unfortunately, to the dismay of the school Headmaster (Hely Huchinson Almond), the variant of rugby did not catch on amongst the pupils. Many see that the true origins of Rugby 7’s lie with Scottish rugby club Melrose RFC in 1883- where 7’s events were founded as fundraisers for the club (Wikipedia, 2006). The sport gained popularity throughout Scotland and spread internationally. This was mainly through expats, where its popularity grew even in countries with traditionally very little history of Rugby Union such as: Chile, Hong Kong, Jamaica and Kenya. Rugby 7’s seems to have a broader outreach than its big brother Rugby Union. This could be a product of the exciting nature of gameplay, or the party atmosphere in which the event creates, making the sport very approachable for first time viewers. With short games of only 14 minutes, multiple games can be held in a single day, with entire tournaments being completed within a few days. Rugby 7’s has been competed over at every iteration of the Commonwealth games, since its introduction in 1998 in Kuala Lumpur, Malaysia. It is now a core sport at the games: meaning that it will be included in all future games (Wikipedia, 2009). Record winners, and current gold medal holders New Zealand were looking to defend their title at the 2022 Commonwealth Games in the Men’s competition. Australia looked to defend their title in the Women’s game, in only the 3rd Women’s 7’s in the history of the games.

The competition lasted 3 days (29th July - 31st July). I attended the afternoon session at the Coventry Building Society Arena on the day it commenced and witnessed the spectacle for myself. 12 matches were scheduled back-to-back, kicking off at 17:30 with 4 women’s matches followed by 8 men’s. After reading some of the pool matches at the earlier session, I was expecting to see some thrashings: and thrashings are what I saw. 41,50 and 60 all to nil in the first 3 matches as Fiji, Australia and New Zealand all saw a victory against their opponents. New Zealand back, Michela Blyde, scored a whopping 6 tries that terrorized Sri Lanka. Sri Lanka kicked the ball out themselves after the claxon - to end their own suffering. The final Women’s match was the most competitive of the bunch. Hosts, England, drew first blood against Canada through an Ellie Boatman try within 2 minutes, which was met by a huge roar from the home crowd. Unfortunately for the hosts, Canada raced into a 12-5 lead at halftime and to the dismay of the home crowd: England never recovered the lead and eventually lost 26-19.

The excitement continued to build in Coventry as the men’s matches began. Kenya and Jamaica started the Men’s action with Kenya dispatching their opponents 45-0, with 7 tries all from different scorers. Next up came the game of the day. The atmosphere was rising up to something, and this was it! Match number 6 of the day was between huge Rugby nation Australia, who boast 3 Commonwealth games 7’s medals and relative minnows Uganda, who have never placed higher than 9th place. The stage was set for a true David v Goliath battle. Australia took the lead in the 4th minute through a Malouf try. This, however, did nothing to quell the energy of the crowd, who continued to sense an upset on the horizon. Myself and others in attendance saw the immense effort the Ugandans were putting into all aspects of the game. They gave it their all. The harder they tackled the louder we roared, and the Ugandans seemed to feed off the crowd’s energy and enthusiasm, as they seemed to move the ball further and further up the pitch with every possession and refused to let the Aussies near their try line when they had the ball. Uganda passed the ball into a pocket of space and Desire Ayera raced past the Aussie defensive line. Breakthrough! The crowd made the most thunderous noise of the night as he ran through and scored the try. After a successful conversion, Uganda found themselves 7-5 up and no one can say that it was against the run of play. The people in the stadium turned from mere spectators to fans – and fans of Uganda! Half time and no one could believe what they were seeing. Ugandan fans were proud to raise their flags high into the sky. Perhaps expected, Australia were up soon after halftime - with Uganda needing 7 more points to tie. Uganda needed the crowd. “U-GAN-DA! U-GAN-DA! U-GAN-DA!”, pockets of the crowd boisterously thundered. These pockets turned into whole stands, and those stands grew into the entire stadium shouting on Uganda. I had never seen a crowd support another team more than their home team like that, but it was glorious. 2 Minutes from time, and it happened - as the crowed willed it. A Ugandan equalizer! It was monumental for the team, but the crowd compelled more. Penalty! Last kick of the game and Philip Wokorach was challenged to take it. The crowd stopped, the shared anxiety amongst us was sickening. There was so much tension in that stadium: in anticipation for the kick. I felt as though had it lasted for longer, we’d all have snapped in half under it. Unfortunately, it was missed and the final whistle was blown. The noise was greeted by rapturous admiration, as we all stood on our feet and applauded what we had just witnessed. A brilliantly tense game of 7’s: full of passion and desire, culminating in a brilliant 12-12 tie. A tie on the scoresheet - but a win for the Ugandans(the people’s winner).

After that amazing battle and show of support, what was undoubtedly the game of the day was succeeded by 6 more games for us exhausted fans to cheer through. The next of these saw England see off a spirited Sri Lanka, in a 47-19 victory. The Sri Lankans should be proud of their 3 tries against the hosts, but a ‘Ugandan-like’ story was not meant to be for them. Admiration from the crowd however, was just the same. We thought we were on for another historic game next, as Samoa raced into a 17-point lead over the holders. New Zealand showed just why they are the best, though, in the 2nd half, as they found form fantastically. They eventually came out 19-17 victors, in what proved to be another cracking contest for the fans. The following 3 games saw Scotland, South Africa and my beloved Wales win by large margins against their significantly weaker opponents. To close off a fantastic evening of Rugby, Fiji edged past Canada in a 19-12 victory. Fans left the stadium with a smile on their faces, after witnessing just what Rugby 7’s is all about.